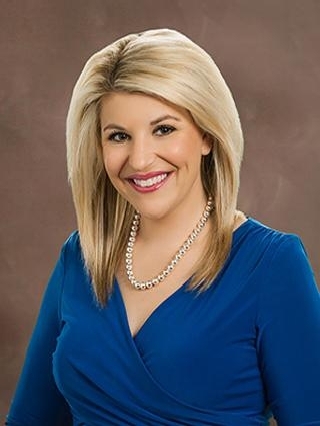 Stacey Skrysak is a familiar face to viewers in Central Illinois. After more than three years working in television in the Springfield area, Stacey was thrilled to join the Newschannel 20 team in the spring of 2015.

Stacey is a seasoned journalist, bringing years of experience from across the country. While she grew up in San Diego, Stacey is a Midwesterner at heart. Her career has taken her to stations in Nebraska, Michigan and Idaho, before settling in Springfield in 2012. Stacey is a graduate of the University of Oregon and can often be found sporting her green and yellow. She's a diehard college football fan, spending every weekend in the fall cheering on the Ducks!

Stacey may be well known as a journalist, but her proudest role is mother. She is mom to her surviving triplet and two angels. Her daughter, Peyton, is the youngest baby to survive at St. John's Children's Hospital in Springfield. In 2013, Stacey shared her triplet pregnancy through social media and television. Her story of infertility, child loss, and miracles has touched the lives of thousands people around the world. Stacey continues to help others and share the trials and tribulations of parenting through her popular blog, "Perfectly Peyton". www.perfectlypeyton.com

Stacey loves to immerse herself into the community. She has served as a wish granter through the Make-A-Wish organization and is extremely active with Children's Miracle Network, especially since her daughter, Peyton, is a "CMN Miracle Child". Stacey's family was also named the 2016 Ambassador Family for March of Dimes in Central Illinois. On the weekends, you can find Stacey and her family exploring all that Central Illinois has to offer. Whether it's a stroll at Washington Park, or a weekly visit to their favorite local diner, Stacey and her husband, Ryan, love calling Springfield home.

Have story ideas or comments? Stacey would love to hear from you! Send her an email at sskrysak@wics.com. You can also connect with her on Facebook and Twitter. You can also follow her on Pinterest.