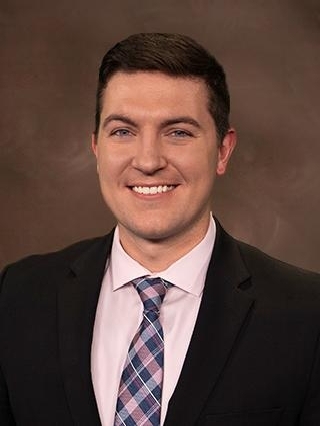 Matt Roy is joining the team at NewsChannel 20 and Fox Illinois as a news and sports reporter and is extremely excited to be covering Illinois’ capital city.

Matt is originally from Palm Springs, CA, and has been passionate about sports since he was a child. He played football at College of the Desert in Palm Desert, CA, and received his Associates degree in Communications there. He then got a full scholarship to play football at Fort Lewis College in Durango, CO, where he became the sports editor for the school paper and received his Bachelors in journalism and multimedia studies.

He then decided to take his love of journalism and sports to Arizona and chose to get his Masters degree in sports journalism from Arizona State’s Walter Cronkite School of Journalism and Mass Communication, which he says was one of the best decisions of his life.

Matt’s fandom is all over the nation. He is a die hard fan of the Boston Red Sox, the Denver Broncos, the Miami Heat and the San Jose Sharks. Don’t worry, there are reasons for all of them.

If you want to know more about Matt’s fandoms or have a great sport or news tip, send an email his way at mroy@sbgtv.com or contact him on Twitter and Facebook.