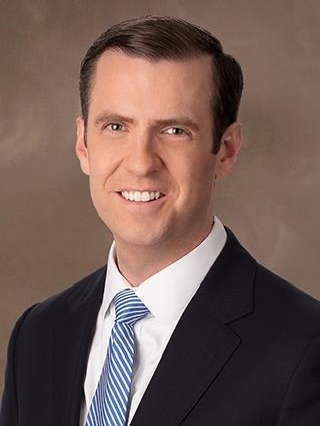 Jon Hansen is a seasoned journalist and news anchor with experience from across the country. Jon was born in Evanston, Wyoming but grew up in Tulsa, Oklahoma.

He went to college at Brigham Young University where he developed a love for telling stories.

He also earned the Earl J. Glade award for top broadcast student before graduating with his degree in broadcast journalism.

After graduating, Jon started his career as a morning news anchor in Wichita Falls, Texas where he both anchored and covered breaking news.

He then made a jump in his career to be a prime time anchor in Lubbock, Texas before moving here to Springfield, Illinois.

Jon is very family centered. He and his wife celebrated their 10th year of marriage in 2018 and welcomed their fifth child. He is also very faith centered and spends a lot of time with his religious community.

He has a strong commitment to telling stories that will impact families like his and making sure that lawmakers are protecting our families and children.

Jon is also very involved in the community. He served a 2-year mission away from his family for his church in 2004. He has also served as a board member for Crime Stoppers in Wichita Falls, Texas and on a governing council for his church in Lubbock, Texas.

Jon and his family love sending time outdoors learning about the unique places around us. He loves going to festivities and meeting new people and talking to them about the community. Don’t be surprised if you catch Jon eating at a local restaurant or chasing his children in a park.

If you have story ideas Jon would love to hear them! You can send them to jbhansen@sbgtv.com. You can also connect with him on Facebook and Twitter.