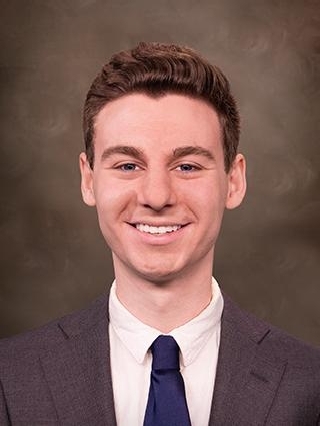 Jakob Emerson joined the Newschannel 20 and Fox Illinois teams in March 2020 as an on-air reporter. He loves being in the friendly Capital City and having the opportunity to cover the world of Illinois politics.

Jakob earned a double Bachelors of Journalism and Public Relations & Advertising from DePaul University. He credits his time covering politics in Chicago as a large part of why he wanted to become a journalist.

While at DePaul, Jakob worked alongside long-time NBC political editor Carol Marin to produce investigative pieces for PBS's Chicago Tonight. He went on to intern at PBS - WTTW and then at WGN-TV. He also anchored the broadcast news program 'Good Day DePaul' and was involved with the university's newspaper and magazine.

Born and raised in Northern California, Jakob loves to hike, ski, and find the best sushi restaurants around.