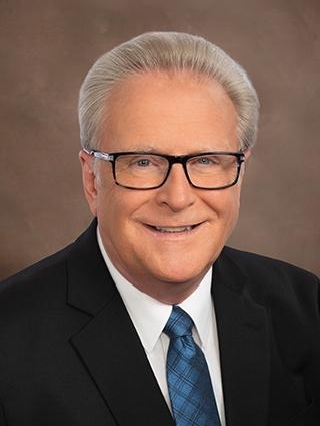 After graduation at Lincoln Land Community College in Springfield, Doug's broadcast career began in 1974 from his original hometown of Taylorville, Illinois at WTIM/WTIM-FM. He later returned to college at Western Illinois University where he co-anchored a local newscast on the WIU cablecast television station. He also worked at radio stations, WTIM/WTIM-FM and WTAX/WDBR in Springfield. After his time at WIU Doug was offered a position at the sister stations of WTAX/WDBR in Danville at WDAN/WDNL.

For most of the next 25 years Doug would take on many other roles at WDAN/WDNL, sales manager and eventually general manager in 1989, all while keeping is on-air role as announcer. During that time in 1993, he spent a year as the first station manager of WWDZ(FM), 94.9FM in Danville, then returned as the late afternoon announcer at WDNL through the 25th Anniversary of WDNL in 2002. His radio and television careers were continuing simultaneously from 1994 to 2002, but television won out when he left WDNL.

Along with broadcasting, Doug has a commercial and industrial video voice over career over the last 35 years. His voice has been on local television stations, many national and regional commercials, many industrial and educational videos, military web training projects and even a video game.

In 2013 Doug received the National Academy of Television Arts and Sciences Silver Circle Award based on his work is documenting mid-Illinois Television history on his website, Central Illinois On Line Broadcast Museum at http://www.dougquick.com

His outside activities included the Vermilion County Conservation Foundation where he was a member of the Board of Directors. Doug has spoken before many civic groups, students at all grade levels who are considering broadcasting as a career, broadcast history and weather. He is an avid classic movie fan and classic TV show collector and has his own audio/video editing suite at home.

Doug as his wife Melissa have been married since 1978 and are the parents of two adult married daughters and grandparents to a grandson.and pet owner of their Shih Tzu, Moka.

Have a story idea or feedback? Send him a note at dquick@foxillinois.com. You can also connect with Doug on Facebook and Twitter.