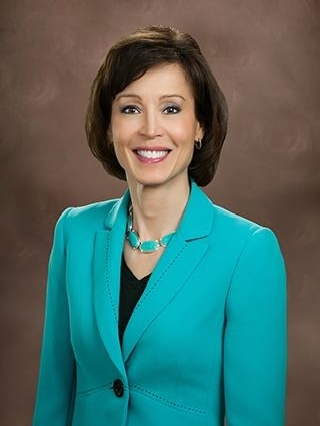 Cheryl Lemke brings a level of experience and knowledge that is unmatched in Central Illinois. Lemke will be a part of the most experienced weather team in the market.

Station Manager Rick Lipps says, "We already had the best weather team in the market, Cheryl Lemke is the final piece of the puzzle that will enable us to continue as the preferred weather source, whether you're watching on TV, your laptop, tablet, or smartphone."

Lemke was born and raised in Omaha, Nebraska. Even as a child, she was fascinated by the weather and particularly intrigued by the power and force of nature. She earned a Bachelor of Science degree in Meteorology from Iowa State, and in 2006, was awarded the Distinguished Alumni Award from Iowa State University.

Prior to joining WICS and WRSP, Lemke worked in Omaha at WOWT-TV. She also was the Interim Chief Meteorologist at WSBT-TV in South Bend, Indiana. Other previous jobs include working at WXIA-TV in Atlanta and WTHI-TV in Terre Haute, Indiana. However the majority of her broadcast meteorology career was spent at The Weather Channel. From ice storms and blizzards to severe thunderstorms and land falling hurricanes, Lemke has covered a vast array of extreme weather phenomena.

She is very excited to be returning to her Midwest roots, enjoying the four seasons and the dynamic weather that Illinois has to offer. When not working, Lemke loves to be outsidegardening, hiking or bicycling.

Have a question or feedback? Send her a note at clemke@sbgtv.com. You can also message her viaFacebook or Twitter.