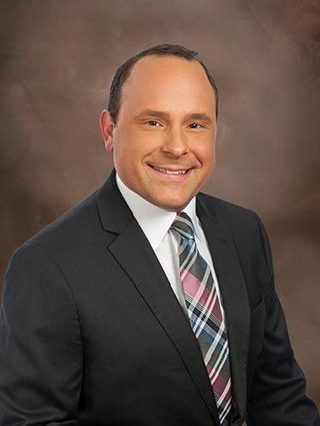 Bryan comes to Central Illinois after spending time in the mountains of West Virginia and the Ohio Valley!

He is thrilled to call Springfield his new home, joining the WICS team as Morning Meteorologist in August 2019. He comes to central Illinois from Cincinnati, Ohio where he was a Meteorologist for sister-station WKRC Local 12.

Originally from Cincinnati, Bryan has spent time in Clarksburg, WV (twice) and Hagerstown, MD where he has covered many significant snowstorms and severe weather including Hurricane Sandy in 2012 with flooding rainfall and high winds on the Eastern Seaboard, and more recently the Dayton/Trotwood, OH EF-4 Tornado in 2019. In addition to covering significant weather through the Ohio Valley and Mid-Atlantic, Bryan also has spent time working on education stories affecting classrooms in West Virginia before the statewide teachers strike in 2017, in addition to being awarded the National Weather Association Broadcasters Seal of Approval in December 2018.

As a child, Bryan has always had a love for weather, and always knew he wanted to become a television meteorologist. He took that dream and made it become reality when he majored in Science & Technology: Meteorology with a Music Minor at California University of Pennsylvania. Down the road, Bryan also discovered the personal joy of becoming a secondary education teacher and went on to get his Master of Education (M.Ed.) degree in Advanced Studies in Secondary Education and Teacher Leadership also from California University of Pennsylvania.

Bryan has served on the Steering Committee for the Human Rights Campaign-Cincinnati Chapter as well as the Student Association, Inc. and Alumni Association Boards of Directors at California University of Pennsylvania. While also delivering the forecast, Bryan has also spent a significant amount of time in the classroom as a Middle School Science Teacher at Lincoln Middle School in Shinnston, WV and a Family and Consumer Sciences Teacher & FCCLA Chapter Adviser at South Dearborn High School where he was awarded the Publicizing Your Performance State Award for his work on helping to promote his activities in his classroom in Family and Consumer Sciences in addition to being named the 2017 National Association of Geoscience Teachers “Outstanding Earth Science Teacher of the Year” from West Virginia for his work on weather education in the classroom.

When he is not on the news, Bryan likes to spend his time traveling to new places, in addition to his favorite spot in Florida, along with spending time with his family and friends.

Have a story or weather story idea for Bryan? E-mail him at bschuerman@sbgtv.com or find him on Facebook and Twitter!